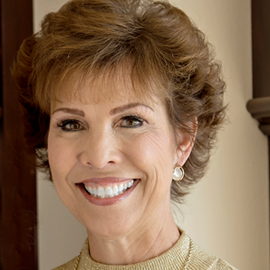 Dr. Paula Fellingham founded the GPPI in September 2016. Since its foundation, she has diligently lead hundreds of volunteers and organized management teams all over the globe to move the mission of the Initiative forward in many nations. Paula is actively involved in every level of this non-profit organization and travels to meet with collaborators and leaders year-round in order to expand the Mission and bring the benefits of the GPPI to more people every year.

She is the author of six books (including the internationally popular, "Believe It! Become It!) and is currently working on her seventh book,

Paula received her Bachelor of Arts in 1971, and her Doctorate in 2004. Dr. Gilbert Fellingham (University Professor of Statistics) and Paula are the parents of 8 children, and the grandparents of 24 grandchildren.