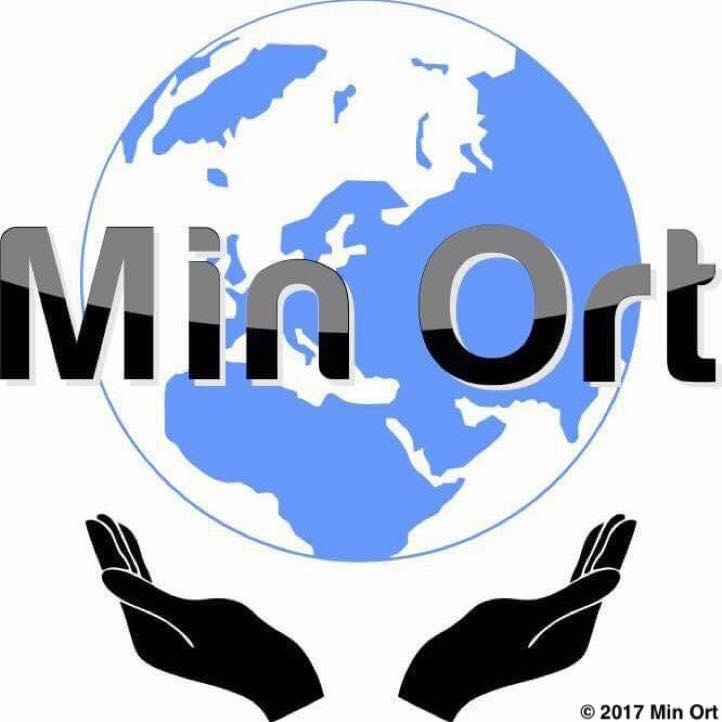 This is the story (soon to be translated into English) of an organization dedicated to inspiring gang members and troublemakers to change their ways and become leaders in their “hoods”.

The Founder and CEO of Min Ort is William Legue who was raised in poverty in an undesirable “hood”. After becoming a highly successful actor, William created Min Ort and dedicated himself to strengthening young people who desperately need help and a positive role model; someone who understands them.

William Legue now has a powerful team of like-minded, like-hearted individuals who work with him to touch the hearts and change the lives of young people who live in the worst possible environments. He and his team desire to expand Min Ort into every undesirable neighborhood in every nation. That is their dream.

The Global Prosperity and Peace Initiative is honored to partner with Min Ort.

Our Story – Min Ort (the Hood)

”Min Ort” (English “My Hood”) is a union that wants to unite youths from all parts of the city. We want to tear down the barriers and give young people tools to express themselves creatively – through movies, music, sports, dance and arts. ”Min Ort” is all about collaboration and fellowship.
“Min Ort” wants to integrate the young and show that differences can be a strength – and provide opportunities to develop as people and creators. We want to visualize the young and give them tools, support and love to tell their own story. This is manifested in our movies. Everyone has a story to tell.

“Min Ort” was founded in late December 2016 by project manager and producer Said William Legue. He has starred in; (”Bron”, ”Ettor & Nollor”, ”Kniven I hjärtat”) Said grew up in one of the less fortunate suburbs of Gothenburg and know firsthand what it meant to him to be given a chance. His breakthrough as a young actor was ”Kniven i hjärtat” aired on the prestigious channel Swedish Television.
When Said worked on the world premiere of ”The young Zlatan” the idea of bringing and doing something to integrate the youth of the suburbs was born. In collaboration with Gothenburg’s film festival, Bergsjöskolan, Zentropa Sweden, Gothenburg Film Studios and Familjebostäder it all came to life.
Said contacted director and screenplay writer Johan Melin known from; (”Preludium”, ”Child 44”, ”Utvandrarna” and ”Profetia”) and he shared Said´s vision of letting the younger generation tell their story thru the eyes of a camera. Together with a handpicked team of both professional film makers and volunteers and after school programs managers they casted 40 youths from all over the city ranging ages 13-20 and together they created ”Min Ort- A Love story”.
Though out the process it grew beyond just making of a film, it also lead to a big soccer tournament and performances with Swedish rapper Erik Lundin at a Radio Event against violence. A documentary of behind the scene of ”Min Ort” created by the group became a big success and was shown at Gothenburg Film Festival and later in theater’s.
“Min Ort” is all about unite the young from different suburbs, and the success made it possible for the next movie. The actors and talents from East Gothenburg followed and met with the young from Hisingen in the feature film “Min Ort – This is Sweden”. This snowball effect continues from movie to movie. The film was premiered at the “Hising´s Festival” and was a feature film, where once again youths from all walks of life gathered under great creativity, joy and love. “Min Ort” also performed a full-featured performance on the big stage at Gothenburg amusement park Liseberg with the artist Lani Mo, under the theme Stop the violence. Now, the “My Ort” project continues with two new films in 2018. A TV series is under development and the constant focus on uniting the resorts and releasing the creativity of the young.

The process is innovative – when through deep interviews we take the starting point of the youth stories, and develop characters and manuscripts in collaboration with the young. We want to integrate youth and improve their self-esteem. The aim is to try and strengthen the young people’s own stories, and give them inspiration and drive to tell stories themselves. We believe in a participant culture, where the participants are co-workers. We have already been able to see the positive effects of the film, how the project bounces hope and courage to follow their dream. Many of the young have themselves started making movies and pursuing with their own acting career and film interests.